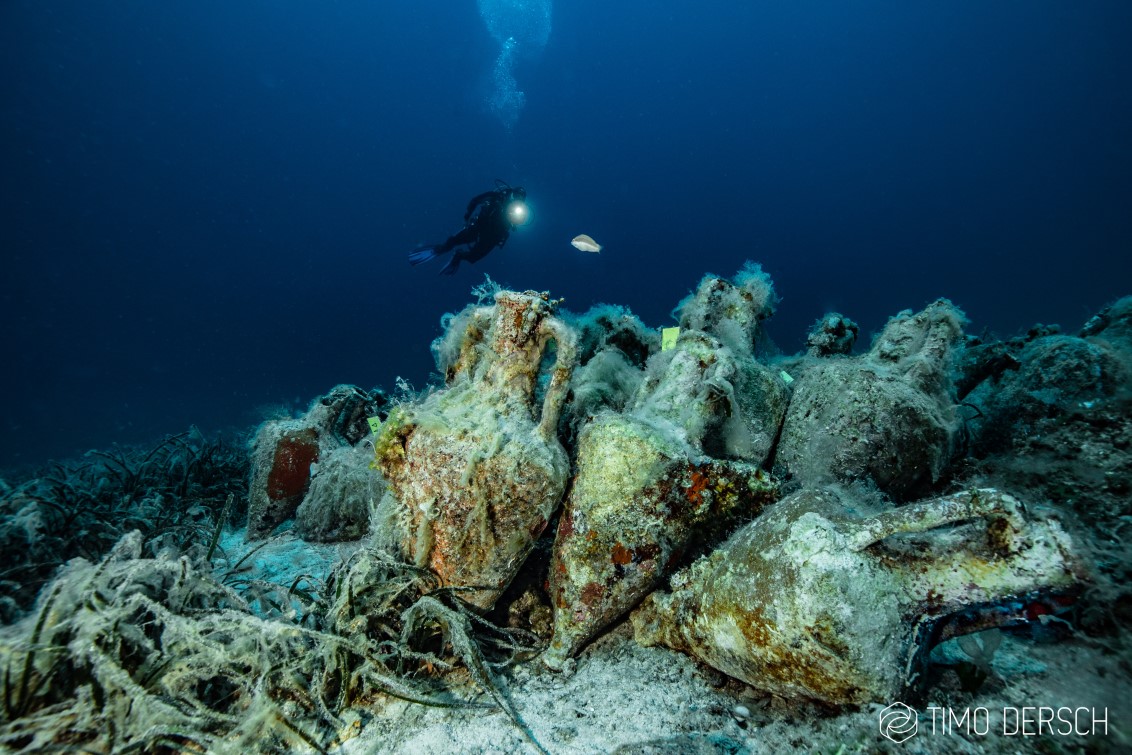 The Peristera shipwreck which was discovered in the early 1990s will be the first one that the Greek government opens to the public for the 2020 summer between Aug. 3 and Oct. 2.

The exposed parts of the wooden Peristera wreck have long rotted away, but the remaining cargo present a fascinating seascape for divers. The ship, which archaeologists believe was a large Athenian barge carrying amphoras filled with wine, likely sank toward the end of the fifth century B.C. The wreckage now sits about 30 meters underwater, and historians say it’s the largest ship of its kind discovered under the sea.

Divers will encounter a vast vista of an estimated 4,000 amphora that sometimes are piled high above their heads as they swim around the wreckage. Many of the vessels — curvy with small circular handles near the top — are intact and have become home to sea sponges and fish that add unexpected color to the monochromic pottery.

While the shipwreck is visually stunning, it also holds considerable historical significance. The Peristera shipwreck changed historians’ understanding of shipbuilding in the ancient world. Archaeologists originally thought that this type of shipbuilding originated with the Romans. The Peristera wreck proved that the Greeks were ahead of the Romans.

Prior to the discovery of the wreck, archaeologists believed that the largest ships were designed and constructed by the Romans around the first century B.C. These ships carried around 1,500 amphoras and weighed up to 70 tons. The Greek ship was built about four centuries earlier, weighed 126 tons, and carried more than twice the amount of amphoras.

Archaeologists still have much to learn from the Peristera site, as a lot of it has not yet been excavated. Historians have not yet figured out what caused the wreck or whether other treasure might lie below the thousands of amphoras. While some clues point to a fire on board, experts are not sure whether that caused the ship’s demise.